An author who grew up in Kingston is re-creating what she describes as a “bleak and bare” bedroom for an exhibition.

Dame Jacqueline Wilson, best known for her Tracy Beaker series wants to show young ones that anyone can be a writer.

Its all part of an exhibition taking place in Newcastle this October.

A claim J K Rowling copied the plot of a Harry Potter book from the work of another writer has been thrown out of court.

Paul Allen brought the case on behalf of another author who died 14 years ago.

He claimed The Goblet of Fire was lifted from ‘Willy the Wizard’ by Adrian Jacobs.

Ms Rowling said that was “not only unfounded but absurd”.

Sales of ‘To Kill a Mockingbird’ have soared over the weekend.

The latest addition to the Beckham family was named after the classic novel’s author Harper Lee, as it’s Posh’s favourite book.

Amazon say the news has prompted a 123 per cent rise in sales of the book. 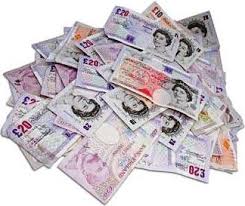 A book containing the earliest rules of football has netted almost 900-thousand pounds.

The printed rulebook – dating back to the 1850s – has been sold at auction at Sotheby’s in London.

It was part of an historic archive of the world’s oldest club – Sheffield FC.

The book – which dates back to the 1850s – is being sold by Sheffield Football club who are the oldest club in the world.

It’s estimated that it could fetch around 1-point-2-million pounds.