I would like to wish everyone a joyful and loving Christmas holiday.  Wherever you are. One of my favourite poems is The Oxen by Thomas Hardy, so full of wistfulness and hope.

Christmas Eve, and twelve of the clock,
“Now they are all on their knees,”
An elder said as we sat in a flock
By the embers in hearthside ease.

We pictured the meek and mild creatures where
They dwelt in their strawy pen,
Nor did it occur to one of us there
To doubt they were kneeling then.

So fair a fancy few would weave
In these years! Yet I feel,
If someone said on Christmas Eve,
“Come see the oxen kneel,

In lonely barton by yonder coomb
Our childhood used to know,”
I should go with him in the gloom,
Hoping it might be so.

Thank you Thomas Hardy wherever you are now.

My offering for this time of year is:

Celebrate God’s gift of joy
above the transient broken toy,
dedicate these festive days
to loving kindness in countless ways. 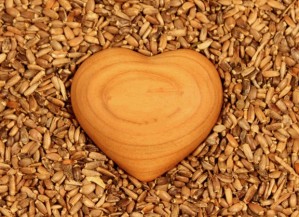 “i carry your heart with me(i carry it in
my heart)i am never without it(anywhere
i go you go,my dear;and whatever is done
by only me is your doing,my darling)

i fear
no fate(for you are my fate,my sweet)i want
no world(for beautiful you are my world,my true)
and it’s you are whatever a moon has always meant
and whatever a sun will always sing is you

here is the deepest secret nobody knows
(here is the root of the root and the bud of the bud
and the sky of the sky of a tree called life;which grows
higher than soul can hope or mind can hide)
and this is the wonder that’s keeping the stars apart

i carry your heart(i carry it in my heart)” – E.E.Cummings.

Throughout Denny Bradbury’s follow up novel to “Borvo”, “Borvo II”,  the theme of love is one that plays a prominent part, be it the love of a good friend such as  the friendship that has endured many ups and downs between Borvo himself and Seofen, the travelling storyteller, between a man and a woman or amongst the village community as a whole.

As Denny writes in Chapter Twenty Three ‘Mercy’ “…As Borvo rode without rest his thoughts turned to Seofon.  Their friendship had endured through the disagreement and the partings.”

Love in “Borvo II” is demonstrated in a variety of ways – not just between close friends but between man and animal (Aescwine and the stray dog , Hlaf, who attaches herself to him and whom he defends with no hesitation when she is set upon) “… Aescwine was aware for the first time of a red  mist of anger, so uncontrollable that he had no way to stem the energy that came with it.   He rose like a goliath from his crouching position and ran towards them to defend his dog.  To him it was simple and plain. She was his to defend and he did”. (Chapter Seventeen, Aescwine travels on).

There is also the love triangle between Alric, Wystan and Godgyfu, where Alric seeks out Borvo’s approval for the match, despite fearing that Godgyfu and both their families prefer her union to be with Wystan.  The situation culminates in a vicious fight between the two young men when Wystan, happening upon Alric laying bare his soul to Godgyfu and asking in which direction her heart lies, is overcome by an uncontrollable jealousy and lays into Aldric, causing great harm to his love rival.  It is this violent outburst that prompts Godgyfu to realise her true feelings for both men and declares “I love Alric but knew not how he was in his heart towards me” (Chapter Eighteen, ‘Godgyfu’)

Talking of Aescwine and his unabated desire to find his place in the world, the happy news of Cenhelm, Eldric the Elder’s brother setting up home with Hild, Borvo’s sister-in-law after admitting their feelings for one another is marred by the worry surrounding Aescwine’s disappearance when his desire for adventure leads him to flee rather than wait to be escorted “his  very bones ached with the desire to go, he would walk until he fell asleep and then get up and go on until he found what he was looking for.  Of this goal he was uncertain but he knew that when he found it he would know he had met up with his destiny”. (Chapter Sixteen – ‘ Two go, two come, one act of vandalism’).

As Borvo says “…He meant to go.  He must follow his heart and when he returns, as he will, he will have found his home.”

This is from a beautiful poem of his called ‘ The Circulation’. I have chosen this verse and whatever its original meaning for him in the 17th century it will have a certain resonance for anyone suffering from S.A.D. Let’s raise a glass to the coming of the light and wait for the sun to appear.

Flame that Ejects its Golden Beams,
Sups up the Grosser Air;
To Seas, that pour out their Streams
In Springs, those Streams repair;
Received Ideas make even Dreams.
No Fancy painteth foule or fair
But by the Ministry of Inward Light,
That in the Spirits Cherisheth its Sight.
The Moon returneth Light, and som men say
The very Sun no Ray
Nor Influence could hav, did it
No forrein Aids, no food admit.
The Earth no Exhalations would afford,
Were not its Spirits by the Sun restored.

I wish you all, wherever you may be, a blessed Christmas time and a peaceful New Year. 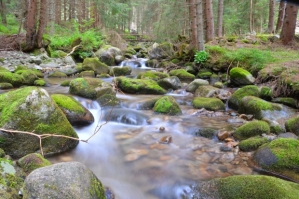 The Battle of Maldon is an Old English heroic poem that describes an historical skirmish between the East Saxons and mainly Norwegian Viking raiders in 991. The actual battle took place three weeks before Whitsun on 10th August 991 AD near Maldon beside the River Blackwater in Essex during the reign of Aethelred the Unready.

The poem itself is incomplete as both its beginning and ending is lost but the poem is famous for its vivid and dramatic description of the combat scenes and the way in which it expresses the Germanic ethos of loyalty to a leader – an emotion that is evident in Denny Bradbury’s novel “Borvo II”, where many of the young men, such as Aeschwine, Borvo’s nephew, approaching adulthood are looking for something more than just the village life and have a restlessness inside them that drives them forward and pushes them to become fighters for their King.

When Aeschwine is confronted – and defeats – three men who threatened to hurt his new found four-legged companion Hlaf, he is then brought before the “Lord’s man”, Aethelword, son to the King’s dead elder brother by Wyman and despite his “youthfulness and probable inexperience” within him Wyman sees “..A stubborn defiant look that hinted of a great soldier.  Many men can kill but to kill and also know when to stop was the difference between a soldier and a leader of men.  Compassion was a good trait in the eyes of the old campaigner”  – ‘(Chapter 12, Aeschwine travels on’) .

The poem, in so far as what remains, begins with the two war parties aligned on either side of a stream (the present River Blackwater) and whilst the Vikings offer the cynical suggestion that the English may buy their peace with golden rings, the English commander Earl Byrhtnoth replies that they will pay their tribute in spears and darts. When the Vikings cannot advance because of their poor position, Byrhtnoth allows them safe conduct across the stream, the battle then follows and in spite of Byrhtnoth’s feats of courage he is finally slain.  As a result, some of the English warriors flee and the names of these deserters are recorded in the poem as well as the names of those loyal retainers who stood fast to avenge Byrhtnoth’s death.  The poem, as it exists as such, ends with the rallying speech by the old warrior Byrthwold.  Translated from Olde English into that of modern day it reads:

“..Mind must be firmer, heart the more fierce,

Courage the greater, as our strength

With the University of Essex taking its motto “Thought the harder, heart the keener” from the poem’s line “Hige sceal pe heardra, heorte pe cenre,” there is no denying how keen Aescwine is to play his part in a country at war, haunted as he is by the final lines of a chant that people said in times of wistful longing:

with steel inside their loins – determination in their jaw.”

In Chapter Seventeen, ‘Aescwine travels on ‘ Denny writes how these words set Aescwine’s  “… determination to find the fight and take on the world.  He was full of anger and hope and a need to justify his position in a confusing world…. The longing to be someone would take hold of him and his energy burst forth so that he rose, broke his fast and moved on, ever onwards until he met up with his fate.”

A time to hope and a longing for peace brought about this poem.

Advent in November
Ninth month of the Roman year
For us it is a gloomy time
wet mud and little cheer.

That is until the last weekend
before December reigns
when Advent comes inviting
us to sing with hope again.

A time that’s full of angels
on wings of pure delight
with tales of good news coming
wings shining in full flight.

Candles’ light reminds us
of people who have gone
but left us with a challenge
to believe in God’s own son.

Joseph with Mary’s journey
astride a donkey, kind;
a difficult and lonely road
we should bear them in mind.

The coming of a saviour
the anticipated sight
of a gift for all the world
a little boy of Light!